The Kindness Experiment: What Happened When I Stopped Talking Smack 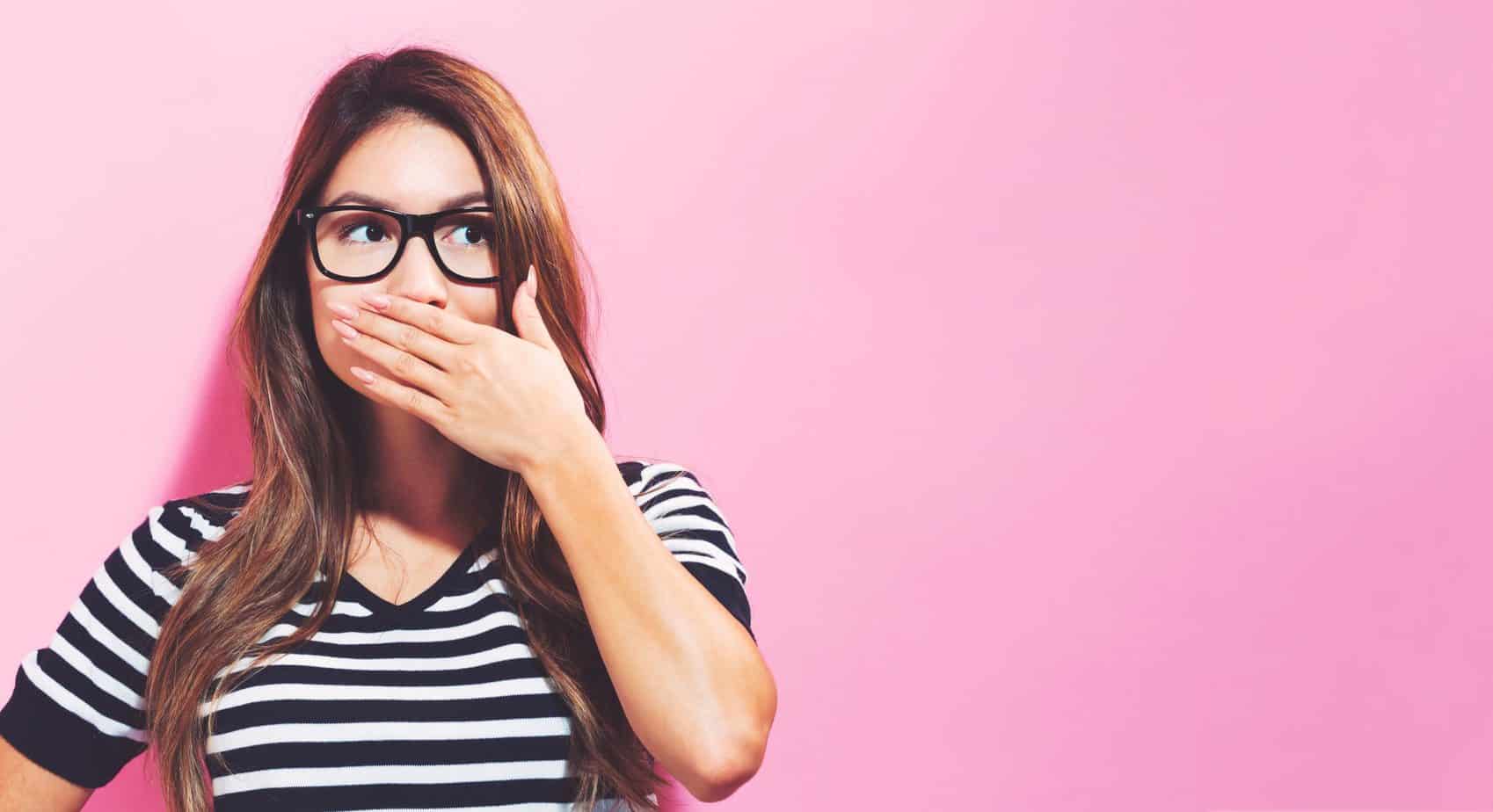 Do people even say “talk smack” anymore? Who knows. Just trying to get my point across. Anywho…this is a post I have been wanting to write for a year or more and now, in the midst of riots and hate in my hometown area of Minneapolis, I felt now was more fitting than ever to share my Kindness Experiment and what happened when I started actually being kind with my words. This meant being nicer to myself and others. Both to their face, and behind the back!

A resolution that stuck

I don’t normally set New Years resolutions, but back in 2012 (I think) I decided I would stop talking negatively. That meant about myself, about my day, about the world and about any other human.

Honestly, I can’t remember why, but I do know this was the beginning of my love for self-help books. I was reading a lot of Wayne Dyer and books on self-growth and improvement so I can only imagine the desire to be more kind came from there.

Unlike any other goal I set for myself, I didn’t go into it with an energetic, unrealistically optimistic outlook. I knew it would be hard and I knew it meant I had to slow down and monitor my speech. You could say I went into it with a quiet understanding instead of relenting optimism.

What does “speak kind” actually mean?

So what were the “rules” here? I think I kind of spoiled this already, but here’s the breakdown.

Let me tell you if you trying kindness and are as ingrained in your negative habits as I was, chances are you are going to struggle. Big time.

When I think back, there are 4 main struggles I encountered when trying to speak more positively. They are things that I have worked to overcome and while I feel them a lot less these days, they are definitely still very much present.

I had nothing to say

When I couldn’t walk into work and complain about the traffic lights or how my kids kept me up all night, I didn’t know how to greet my coworkers anymore.

Now, here’s the thing, most of the time I was late because of me — not the traffic. And my kids didn’t always keep me up. Besides, on days when they did, it usually wasn’t too bad. They’d go to bed quickly and so would I.

Yet, I still went into work talking as if my life was a soap opera. If I didn’t have a dramatic story to tell…what did I actually have to say?

Now that I could no longer blame my lateness on traffic or my tired demeanor on my kids…I was suddenly left with no excuses. No excuses to be a person who never shows up on time. No excuses to bring a crappy attitude to work.

No excuses? No one to blame things on. Talk about having to face your demons head-on.

I guess I struggle with time management.

My children really shouldn’t be used as my scapegoat for me being in a crappy mood. They really are a blessing that I am so thankful for. Why would I use them as a reason for being in a bad mood? Every. day.

When I first started speaking kind, I didn’t know how to still feel mad or frustrated. I didn’t want to talk bad about people, but people still made me mad.

So, I had to slow down. I had to avoid name-calling or blaming. “I really feel like she doesn’t like me.” Took the place of, “She is such a judgement a-hole.”

I found myself saying, “It makes me so mad when she doesn’t show up on time.” instead of, “She is so lazy with no regard for other people’s feelings.”

You are still allowed to be a person who speaks kindness toward others without letting other people trample you.

I stopped liking people as much

This one sounds mean, and maybe it is. But, the hard truth is, I found quickly that the people I normally conversed with were crazzzyyyy negative. They cut down their kids, spouses, and even…other people’s kids. Which yeah, I think most of us struggle with. I still do. Not gonna lie or pretend. This is an honest space.

Listening to someone who just went one a beautiful vacation that someone else paid for, has gorgeous photos of the trip and yet they say things like, “UGH, my friends didn’t talk to me.” (wonder why)

Truthfully, it got hard listening to people and all I could think was, “Holy crap, I used to sound like that.”

It was really eye-opening.

When you’re used to blaming other people for your emotions, casting judgment on people’s parenting skills, style choices, and…their God-given personality it’s hard to know who to be when you decide to stop all of that.

Honestly, I’m still finding my voice. The more I continued to speak kindness, the more I feel out of place in more places. Like I don’t have anything to contribute to normal conversations.

Sometimes I would (and do) still humor people with over-the-top stories. But, I don’t feel like I ever slip into name-calling or negativity. I also don’t call people out on theirs and I don’t think less of them for doing it.

Instead, I spend most of my time wondering to myself what they are actually saying with their words.

Now, when I listen to people cut other’s down or speak negatively, I do its with a different ear. An ear that allows me to better understand, support and relate to my fellow humans. (Yeah, that sounds nerdy and maybe kind of hippy…but that’s who I am.)

“I hate seeing all her baby’s pictures all over Facebook.”

Possible translation: “I feel like everyone is moving on without me. And I don’t want kids…so it feels like that person and I no longer have anything in common.”

“That whole group over there are just really cliquey.”

“Karen has no discipline when it comes to her kids. They are going to walk all over her.”

Possible translation: “I want my kids to respect me and listen to me. I hate feeling out of control.”

“Ugh, she always has pictures of herself in a bikini! And she’s a mom! I’m sorry, but I’m someone’s mother. I would never do that.”

Possible translation: “I don’t feel comfortable in a bikini anymore. I’m ashamed of my body.”

Any judgment directed at another person comes from a deep-down insecurity or fear. It’s just true.

And don’t think I think I’m beyond this. When I start thinking crabby thoughts about another person, or even slip up and passive-aggressively cut them down, I spend the next day or two really questioning why.

What part of me felt insecure?

How can I encourage and lift up that person instead?

The unexpected results of kind are as follows…

My entire life changed – by being more grateful for what I had I realized I was living for all the wrong things. We downsized, paid off debt, I stopped shopping and I started finding myself again.

Some people liked me less – I guess misery really loves company. And unfortunately, some people might even believe that I’m faking happiness.

My self-esteem has taken hits – I’m a people pleaser at heart, so now, when I’m kinder than ever, I get more hurt than ever when people don’t like me….and yet, more people don’t. I don’t judge them, talk bad about them, or wish them anything but the best — why don’t they like me? I’ve had to accept the fact that not everyone will.

More people have reached out – When I share something uplifting on the blog, social media, email I have more strangers reaching out to thank me. To encourage me. People who let me know they love the positivity and words of encouragement.

Some people joined me – As I got the nerve to tell a few people about my new experiment, I had a few join in. Tom being one of them. Positivity breeds more positivity and although I have always been open about funny or dramatic things in my life, I’ve always been private about my heart. So it felt great when I opened up and was met with encouragement and support.

Unfortunately, some people I have known in life expect me to be someone I used to be. They expect the less-kind version of me. Change can make people uncomfortable.

Yet, I have found people from kindness. Some I already knew and grew to know more. Then there are those in this big virtual space that just accept me as is. And it’s pretty uplifting.

I get kind words from others who thank me for sharing my heart (maybe it’s easier when you can hide behind a screen?) People who tell me I’m uplifting and return the same kindness. And I’m thankful every day for finding all those people who are “my people.”

21 Ways to Simplify Your Life, Finances and Mental Health in 2021

Your Brain on Minimalism. Techniques to Help Boost Your Mental Health.

When I started my minimalist journey, it was mostly because I became hyper-aware of…

Back in 2016 our family officially downsized our home by over 2,000 square feet and spent the next few years paying off all of our debt!

While becoming debt-free we also worked to create independent income from home that has allowed us to travel to over 16 states in the last few years!

The Fun Sized Life is dedicated to all things simplified living, amplified life and we are so glad you are here!

Socialize!
On the Gram
That time I threw out all of our brand new food...

Some little tips I have found to create lasting jo

Confession...I love not having a Pinterest-worthy

POTENTIAL = key word . Have you ever fallen into t

It’s fun and also...seriously something to take

I mean, I love grandma’s but sometimes they need

Stay Connected
More to See
On the Gram
That time I threw out all of our brand new food...

Some little tips I have found to create lasting jo

Confession...I love not having a Pinterest-worthy

POTENTIAL = key word . Have you ever fallen into t

It’s fun and also...seriously something to take

I mean, I love grandma’s but sometimes they need