What Happens When You Stop Speaking Negatively About Yourself and Others 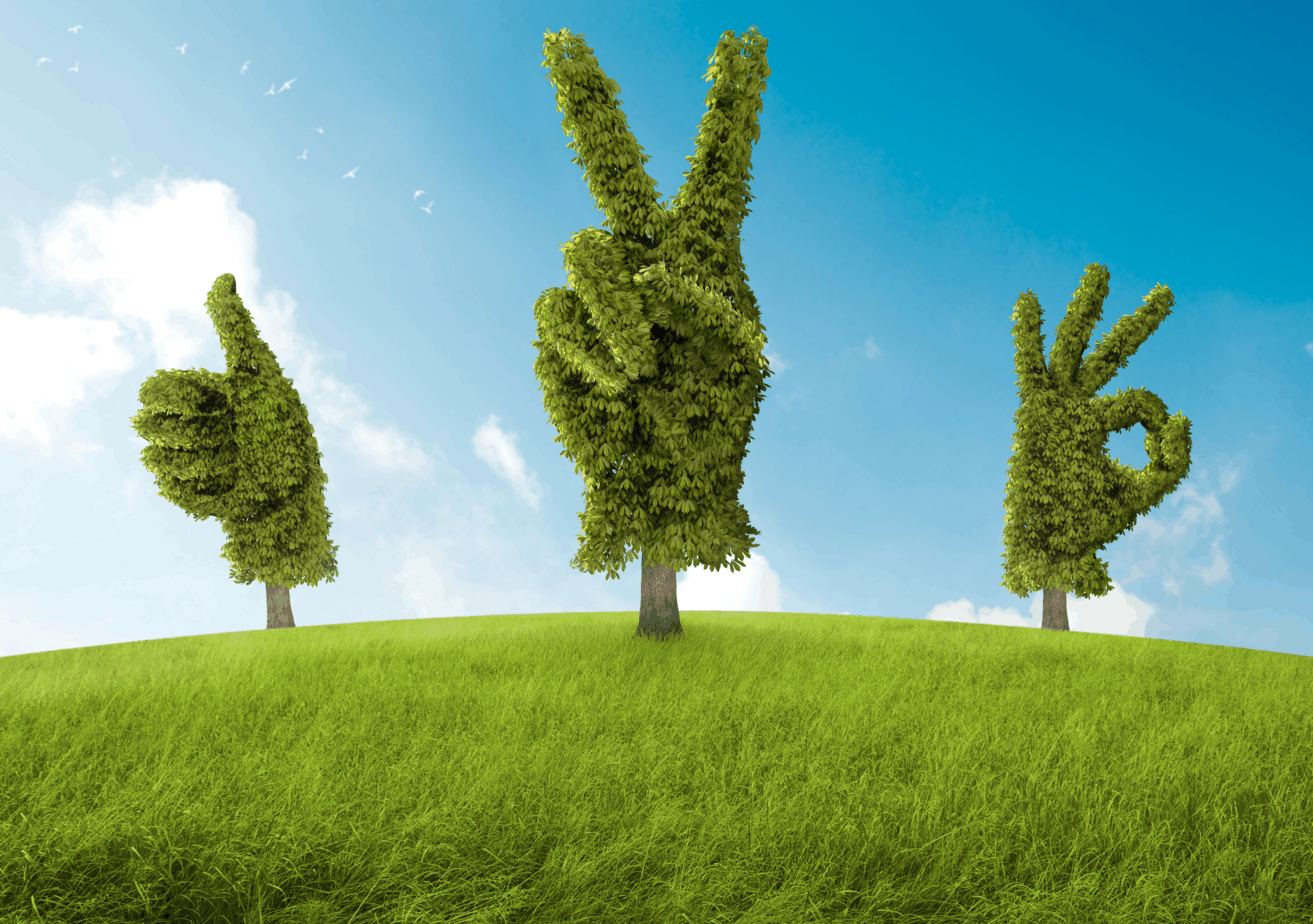 I don’t know if there is any sort of movement happening around this, but I felt compelled to speak on it after a family member told me one of their goals for August was to speak kinder about themselves and others. It got me reflecting on my own journey doing this and I realized, there were a lot of things I never really shared with people. So, if you happen to be someone who is hoping to make the world a better, brighter place by spreading as much love and light as possible, here are some things to know before you start the journey.

“I’m not going to be interesting anymore.”

At some point (probably before you decide to undertake the no negativity challenge) you’ll most likely hit this existential dread that tells you if you shift to a more positive way of speaking no one will find you interesting anymore.

The sad truth is, a lot of us have adapted to finding humor and connection through sharing painful or just plain mean stories about others or ourselves. Raise your hand if you have ever used humor as a coping mechanism for pain! (Raises hand.)

Whenever we decide to do something that branches off from the “norm,” our brain is always going to give us a heaping handful of those doubts that tell us we will inevitably be shunned by the rest of society and we may as well start packing our suitcases now.

So, if you have experienced that fear, I’m with you.

I was so terrified that I would lose my edge, my story-telling capabilities, or even the ability to be funny anymore. If I couldn’t tear down another human being, or crap on my own life experiences, what in the world would I use for material? Didn’t a good story require great theatrics, dramatics, and a big “woe-is-me” tale?

It makes me so sad to even think about it now because that is so far from the person I have become. This should be good news to you though because I like to think that quitting negative talk inspired me to be a whole new level of funny in a way I didn’t know was possible.

You won’t know how to talk

Ever sit down at a table full of people you used to have a roaring good time with and now you are just sitting in a stunned silence realizing how much toxicity is pouring from their mouths that only days earlier you used to heavily partake in?

Were they always this mean?

How do I even respond to them anymore?

Do I have anything to add to this conversation?

The truth is, I spent a lot of time sitting in total silence which was actually kind of nice after a while. I have found more and more that the more we sit in silence, the more likely we are to connect to ourselves.

What happens when you actually start filtering what is going out of your mouth and what thoughts are taking up space in your mind? A veil is lifted, that’s what.

A veil is lifted

When conversations start to run a little dry, you’ll start to really take in the words being said. You might also find yourself becoming hyper-aware of what you are consuming in books, TV, magazines, social media…

The truth is, there is a lot of negativity out there and it becomes glaringly obvious when you are actively working to shut it down in yourself. When this starts to happen, you might not love the results.

You’ll begin to see how people you used to look up to and emulate are really pretty consumed by their own negativity. It might feel like you don’t have any friends, TV shows that you like, and might even feel a lacking connection with your partner.

Let them be, this is your time

I think the first thing most of us tend to do (especially when we don’t feel fully in control of a new undertaking) is to try and gain control through guiding other people. We might also feel especially alone in our new way of living that we’ll try to pry friends to come along on the journey with us. After all, if you’re going to be shunned from the group, you might as well have a buddy by your side!

As tempting as it might be to encourage a partner to join you in your no-negativity journey, or point out to your dad just how toxic his words are, the truth is, the best thing to do is just leave it alone.

It’s pretty safe to say that no one really enjoys when someone walks up to them and tells them all the ways they are screwing up. As if we are somehow more enlightened than them all of a sudden just because we decided to be a little bit less of an asshole.

Even though the negativity in others will begin to seem as loud as a tornado siren at times, let me encourage you to focus on your own journey. Giving negative energy to anyone while trying to live in a more positive place is usually a futile endeavor.

Ok, that was a lot of no-fun stuff to expect, but let’s talk about one of the best things that will begin to happen as you start to filter the negativity from your mouth: gratitude.

When you used to spend your time at Happy Hour bitching about your marriage or your partner and all of a sudden you’ve gone cold-turkey on this kind of chit chat, you might find yourself grappling with things to say and might even hear yourself actually saying nice things about the person you’ve chosen to spend your life with. Wouldn’t that be a nice change? I bet you’d want them to talk nicely about you if they were out with a group of friends. Why not behave the way you would expect them to behave?

I found this shift beginning to happen mostly at the part time job I was working at. Each day I started at 5am and a lot of times this meant my kids were crying for me at the door when I left even though I myself was barely awake.

When I arrived at work, I used to start my conversations with something like, “Ugh the kids kept me up all night and then they were up before I left so I had to fight to get out the door! I’m so tired!” Was I tired? Yes. Did the kids actually wake me up? Yes. But complaining and dwelling on it only made the tiredness of it all last that much longer.

After my vow of no-negativity, my morning talk started to sound more like this, “I’m a little sleepy, but the kids came and gave me a hug this morning before I left, which was nice.”

Finding ways to shift your perspective from “The world is against me,” to, “Man, I’m pretty freaking lucky,” is something that will allow you to begin to see more magic in each and every day that you are given.

Because you are working to make improvements and changes in your life, there is a natural phenomenon that will take place which is that inevitably some people will filter themselves out of your life. This can be a hard transition, especially if you are a people person like yours truly.

I’ve always done that thing where I want to hang onto everyone for dear life, even if they clearly don’t want to hang onto me. I have clung to people in an attempt to get them to stay by my side forever. The truth is, the natural process of life will give us friends in phases and seasons and that’s ok.

Whatever you do during this time, don’t question your shift to a higher way of living. This part will be tough, but you will get through it and you’ll be thankful that you stuck with it.

You stop worrying if people are talking bad about you

It’s kind of crazy, but any paranoia you are harboring about people not liking you kind of starts to fade away when you’re not a sneaky dirty birdie who is trash-talking everyone every chance you get.

For a while, you might worry about being the weirdo who never smack talks, but it should pass, and then you’ll be at this amazing level of existence where you stop concerning yourself with the concerns of others.

Just imagine, a world where the only thoughts you have to worry about are your own! (Lord knows that can be an exhausting undertaking all in itself.)

I remember hearing people say that the more I practiced self development, the less I would care what people thought, and I couldn’t imagine getting to a place in my life where that was actually possible. So, if you yourself struggling to believe this as well, let me reassure you, that the more you follow the path of positivity, the more freedom you will find to be who you are.

As you begin to raise your vibrations, (yeah, I say stuff like that, ok?) people begin to see you as more of a magnet.

When you are a kind, positive soul, others can tell and they will naturally gravitate toward you. Who doesn’t like being around someone who is kind, fun, and genuinely happy? I mean, I guess angry people might not like it — but you don’t want them looming around in your presence anyway.

Life is brighter when you are shining under the influence of positivity. Not in a way that makes you obnoxious either. Let’s not go around thinking that you will all of a sudden transform into Strawberry Shortcake or Tigger from Winnie the Pooh or something. No, it’s more of an underlying peace that stays with you even during hard times.

When you make the decision to see the world through new lenses, you make a decision to also be a little happier, a little brighter, and a little more peaceful.