How Many Pants Should I Own & Other Weird Minimalism Questions 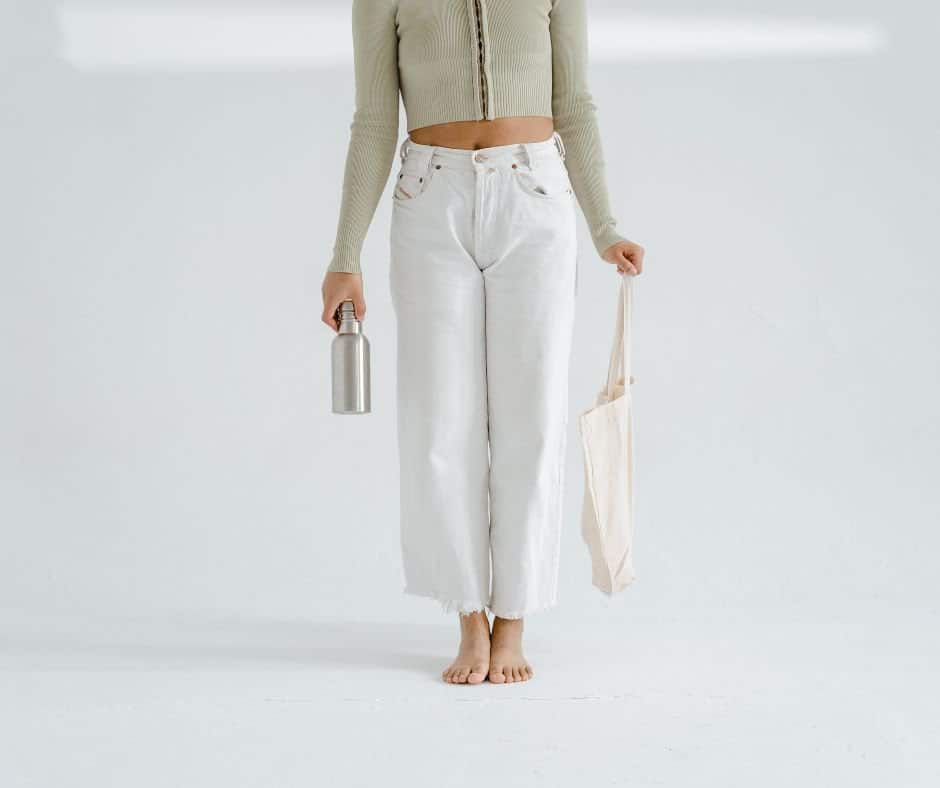 I still remember the day I saw a fellow minimalist Instagrammer bring up the question of how many pairs of pants people should own. I chuckled to myself because this was a question I too had gotten so often from people. “How many pairs of pants should I own?” While this question makes me smile a little, the truth is, I had similar questions when I was first starting minimalism which is why I thought it might be time to drop some straight forward answers to some of the weirdest questions I have been asked as a minimalist.

*This post contains affiliate links. I may earn a commission on recommendations at no additional cost to you.

Can I be a minimalist without owning a tiny house?

I’m not going to lie to you, my own personal biggest fear when first practicing minimalism was that I couldn’t do it unless I owned a certain sized house.

All of the books I was reading and documentaries I was watching were sharing stories of people who downsized to tiny houses or started living out of backpacks. When I would hear these things I would go into a mini panic thinking, “Oh my gosh, I’m not minimalist enough!” Like they were going to kick me out of the club or something.

The truth is, there is no right sized house for minimalism. Yes, my family and I decided to downsize our house but that wound up being mostly because maintaining and cleaning a large home just wasn’t for us.

In reality, you can be a minimalist in any size house. Just look at Kim Kardashians house.

At the end of the day the only person who gets to decide how much house is too much is you.

Does my house have to be white if I want to be minimalist?

This was another myth I myself believed and have heard from so many people over the years. There are busy moms out there who want to practice minimalism but are terrified of the white walls and furniture being totally ruined by their children.

The good news is, while the white can be very calming in a minimalist home, it doesn’t necessarily work for everyone. For example, having a white couch would cause me so much anxiety. I would insist on it always being clean, I wouldn’t want people to snack on it or eat on it and ultimately minimalism to me means worrying only about what matters — and in the grand scheme of my life, a couch shouldn’t take top priority.

One of my personal favorite minimalists, The Afrominimalist shares in her book, The Afrominimalist’s Guide to Living with Less, how she battled with the idea of living in a total neutral home as well. Instead of sticking to the monochromatic color scheme, she decided to incorporate more colors that showed her heritage and style.

What if I still want to keep my books?

Oh, the battle of the beloved books! After reading the book Present Over Perfect when I first starting my minimalist journey, I slipped into that “I’m not minimalist enough” panic when I read that she donated a lot of her books.

There was this voice in the back of my head telling me that if I was hanging onto books I loved I was somehow a hoarder or not minimalist enough or that I would forever be attached to things like a hoarder.

It might sound bananas, but this is another frequent question I get from people.

We want to love on our books because, well, books are life changing are they not?

So, here’s the short and sweet answer…keep your books. Keep whatever books you feel are adding to or enhancing your life. Sure, if you have had a book for 10 years and keep telling yourself you’re going to read it, maybe it’s time to let go. But, if it’s an old classic that you desperately want to read again, then there’s no sense in forcing yourself to depart from it.

Just like anything else, we need to discern whether or not something is adding to our life or taking away from it. Read: I Say Let Them Read Books

Can I still go shopping a minimalist?

As a former shopaholic, I struggled a lot with finding balance between not constantly spending my money on buying new stuff while still actually liking the clothes I own. Read: How to Be a Minimalist When You Still Like Stuff

Shopping will always be a part of our natural life which is why it’s pretty important for us to learn how to do it in a healthy way. If you struggle with over-spending like I once did, check out my Free Shopaholic Survival Kit for ideas that will help you get started with spending less.

What if I declutter something and regret it?

There is a basic rule of thumb that I love that says you don’t need to carry around the “what if” fear if the item is under $20. For example, if you get rid of a bowl and in 3 years you need to re-buy it for $15, it’s not really the end of the world.

The reality is that this fear will keep us hanging onto more than we need.

Also, I decided a few years ago that I would stop making fear based decisions. Any time I had a thought that was like, “Oh no, I can’t do that…what if…” or “I should probably do that because if I don’t _____ might happen.”

Fear based decisions are a big sign that we are out of alignment with our highest self and therefore shouldn’t trust a damn thing the voice of fear says.

If you are just too terrified to declutter an item because you believe you might need it one day, get yourself a maybe box. This is a box that I recommend for decluttering clients when they can’t quite commit to getting rid of an item.

How to use your maybe box:

Do I have to have a capsule wardrobe?

I know this is probably like a sin against minimalism blogging but I’m not a huge fan of capsule wardrobes. It sounds like way too much work — which is the exact opposite reason of why I’m a minimalist.

Because I live in Minnesota and there is a changing of the seasons I do a sort of capsule wardrobe to simply eliminate clothing options that I know I won’t be wearing that time of year.

For example, we are getting closer and closer to winter which means I will be putting away my summer dresses, tanks tops and shorts and bringing back my sweaters.

The benefits of a seasonal capsule wardrobe:

The biggest highlight I have found for having a capsule wardrobe for the seasons is that I usually can recognize when I’m not very excited to see an item again.

For example, when I open up my winter wardrobe and pull out a sweater I might get really excited to finally be able to wear it again — or I might open it up and kind of shrug. These subtle hints let me know that an item is either something I want to continue to wear or can easily donate without missing. Read: How to Create a Minimalist Capsule Wardrobe When You Love Clothes

Do you have color schemes for your clothes?

Someone asked me recently if I have color schemes for my wardrobe. Let’s just cut to the chase: no. No, I do not. The idea of strategically planning my clothing based around a color scheme sounds daunting. However, now that I’m saying this, I guess I would have to admit that I accidentally have a color scheme.

Most of my wardrobe is neutrals therefore most of what I own goes together. This isn’t planned out or prepared for on my part. It’s just how it happens to be.

If planning out your wardrobe that intently sounds like a great way to spend your time, then by all means do it. Remember, the beauty of minimalism is that it doesn’t ever look the same for one person or personality type. Read: Build a Minimalist Uniform Based on Your Personal Style

No one is making you do anything you don’t want.

That fear that we have to do something because it works for other people is silly. The longer we stay caught up in that trap, the further away we get from truly connecting to our authentic selves.

How many pairs of pants should I own?

Alright, let’s tackle this one folks, shall we?

The hot button question everyone seems to be asking their minimalist buddies…exactly how many pairs of pants should you own when practicing minimalism?

If you took the time to read the rest of the article, I would think you’d have a pretty good idea what I’m about to say.

Own as many damn pants as you want.

Do you have 50 pairs and only wear 2? Only own 2 — maybe a back up pair in case you split one down the back.

Feel like 2 isn’t quite enough? Re-buy the exact same pairs. They are your favorites for a reason, right? Why not only own the ones that fit you the absolute best? Get them in all the shades, or just keep it to those 2.

If I were to make an estimated guess I would say I own close to 5 pairs (give or take) of every type of pant:

This seems to give me enough variety to get through an entire week without requiring any laundry but prevents my closet from feeling overwhelming. So there you go. That’s my basic answer. I have about 20 pairs of pants total.

How about you? If you were to only own the pants you love the most, how many would you have?

This site uses Akismet to reduce spam. Learn how your comment data is processed.

Socialize!
On the Gram
More and more I value quality over quantity especi

Where my people at?! Anyone… #offthegrid #nomad

It can take so much effort to shift our mindset ar

I want to produce less plastic waste BUT I have al

Why did I yell at my daughter? Maybe because I was

Remember, cleaning doesn’t have to be a big prod

10 years ago this outcome would have been so diffe

Where my people at?! Anyone… #offthegrid #nomad

It can take so much effort to shift our mindset ar

I want to produce less plastic waste BUT I have al

Why did I yell at my daughter? Maybe because I was

Remember, cleaning doesn’t have to be a big prod

10 years ago this outcome would have been so diffe