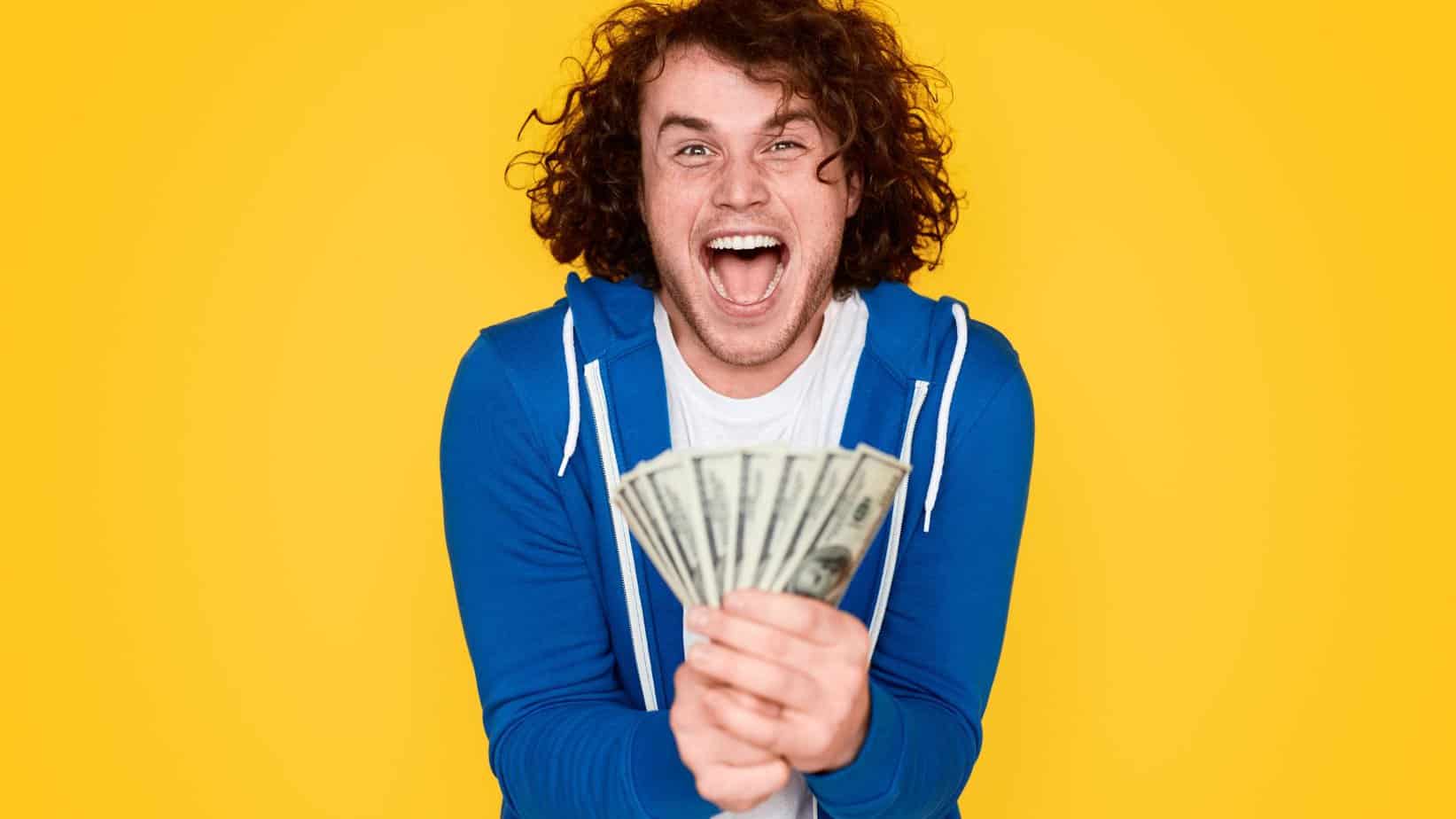 Actress Bo Derek once said that whoever said money can’t buy happiness didn’t know where to shop. There are people in this world who probably would agree with her. But is that statement true? Does having more money really mean having a better life? The experiences of some folks who got rich certainly say otherwise.

Back in 1982, dishwasher Curtis Sharp Jr. won a $5 million lottery jackpot. Thanks to his larger-than-life personality and spending habits, he became known as the Five Million Dollar Man and became the textbook example of how money could turn someone’s life around.

Unfortunately, Curtis’ life didn’t turn around in the direction everyone thought it would.

Curtis spent more than his yearly annuity checks covered, indulging in new houses and expensive cars, flashy parties, and beautiful women. He divorced his wife the year after he won the lottery and married his lover in a huge wedding.

Five years later, that marriage ended in divorce. Not long after, he ran out of money, which forced him to borrow money from his first wife. Curtis stopped drinking and partying after a drunk-driving incident and became a minister.

Despite his background, he learned the hard way that money doesn’t buy happiness, no matter where you shop.

Jack Whittaker, a Victim of Greed

Andrew ‘Jack’ Whittaker worked himself up from poverty to becoming the owner of a West Virginia contracting company. His self-made fortune grew substantially when he won a $113 million Powerball jackpot on Christmas morning in 2002.

A generous man, Jack bought the woman who sold him the winning ticket a new house and car and gave her a substantial cash gift. He also donated money for building churches and set up a charitable foundation.

Unfortunately, Jack’s big win was widely publicized, and requests for favors and money flooded in. People also started filing lawsuits against his company in a bid to get their hands on his wealth. Large amounts of money were stolen from his car after his habit of leaving cash in the vehicle became known. The strain led Jack to start drinking heavily and getting into fights. He also started offering women money to sleep with him. All this led to his relationship with his wife deteriorating.

To make matters worse, he kept buying things that he didn’t really need. He spoiled his granddaughter, Brandi with four cars and a large allowance that attracted the wrong people.

Brandi died of an overdose a year after her boyfriend in a house that Jack was developing. A few years later, Jack’s daughter (Brandi’s mother) died, and his wife divorced him. Jack blamed his lucky windfall for ultimately losing the people he loved, as well as his lottery winnings.

Billy Bob Harrell, Jr. found himself in financial difficulties after a failed attempt to become a minister. But those circumstances changed after he won a $31 million lottery jackpot. He helped family members, needy parishioners, and his local church. However, he kept getting inundated with requests from various people.

Combined with bad investments, the constant requests for money from friends and strangers took a toll on Billy Bob’s family life. He and his wife divorced, and family members fell out with each other.

Less than two years after his big win, he committed suicide. While some folks think that a lucky windfall would be the best thing that could ever happen to him, Billy Bob discovered that’s not always the case.

Back in the 1990s and early 2000s, Andre Agassi was one of the brightest stars in the world of tennis. He gained vast wealth and worldwide fame, but he confessed in his 2009 book that he hated his life as a sporting superstar. He revealed that his career affected his personal relationships and left him feeling disconnected from his life.

Andre opened the Andre Agassi College Prep Academy in 2001, which was a sign of things to come.

After retiring from professional tennis in 2006, he became involved in education and philanthropy, saying that he finds this work much more fulfilling than being a tennis star.

These true-life stories showing that more money doesn’t automatically mean greater happiness aren’t just weird anomalies. Research and the experience of professionals all point to the same basic truth: the richer we become, the less happy we are.

Purdue University researchers revealed that having more money than you need to meet your basic needs, repay debt, and buy small conveniences can lead to the desire to pursue greater material gains, leading to more social comparisons. The result of this is decreased well-being.

The Harvard Business Review also found that wealth can be isolating. Acquiring possessions that signify a high status can make us want to distance ourselves from others and devalue social connectedness, which also leads to our sense of well-being deteriorating.

Last but not least, an increase in wealth usually means an increase in working hours. According to the Atlantic, the richest men in the U.S. are the biggest workaholics. They work longer hours than poorer people in the U.S. and rich people in other advanced countries. The amount of leisure time they enjoy has reduced more than that of any other demographic. While work does offer some life satisfaction, it cannot compensate for doing the things that really make us happy, such as spending quality time with the people we love and doing the things we really enjoy.

There are important lessons in the stories and research mentioned above. While it’s important that we strive to realize our potential in the workplace and that we handle our finances responsibly, it’s essential that we don’t fall into the trap of thinking that more money means greater happiness and that we don’t prioritize money over ourselves and our loved ones.

So, the trick is to make the most of what you have. Get money savvy, draw up a budget, cancel those subscriptions you never use, pay off your debts, and develop a healthy relationship with your finances. You don’t need to win the lottery or get famous to be happy. In fact, your chances of being happier seem better if you don’t!

20 Ways to Have More Money This Year Without Working More

I wouldn’t say I was ever a money-hungry type person, but the…