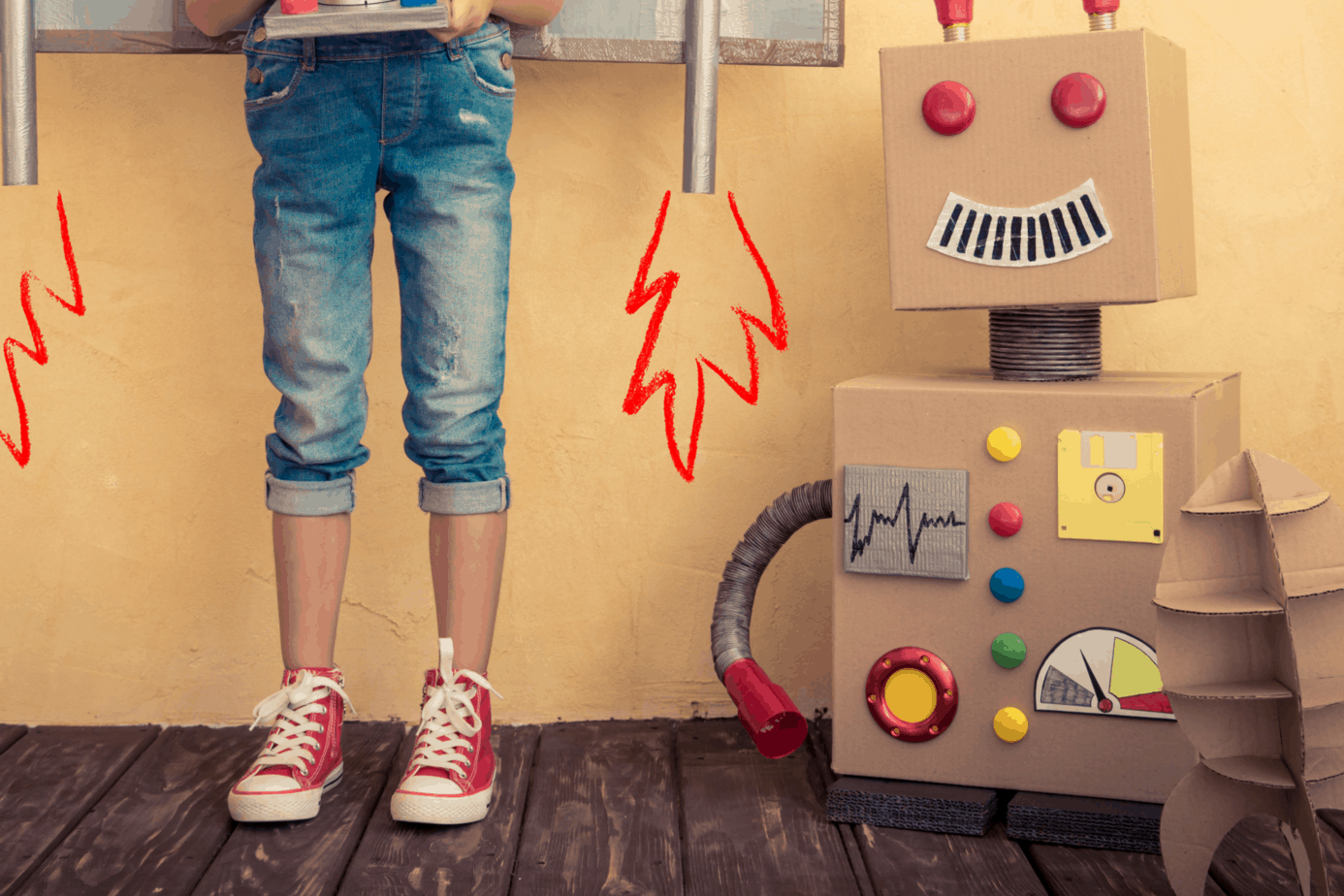 When I first started my minimalist journey, I would see so many minimalist kid rooms or toy rooms that were sparse and immaculate. This made me feel like I wasn’t doing good enough considering that my kid’s room’s didn’t look like they fell out of the pages of Pottery Barn and the fact that they were usually a mess. In my declutter “fits” I would often (and I’m not proud of this) sneak into their rooms and start putting toys into bags for donation. If I didn’t see them play with the stuff, then it had to go! However, times have changed drastically. While my kiddos are still required to keep their rooms clean, for the most part, they are off the hook when it comes to minimalism and decluttering. Here’s why.

This is my journey

It took me a hot minute, but I gradually began to realize that this journey of minimalism is mine, not theirs. Yes, I am still their mother, but that doesn’t need to meant that they are required to have the same morals and beliefs around simple living spaces.

The funny thing is, I would never have gotten to a place of truly appreciating minimalism in my life had I not realized how destructive and overwhelming it was to live in clutter. As a kid I accumulated just like my kids want to. I held onto memories, keepsakes, photos, you name it. I filled my bedroom with movies, posters, knick-knacks…hell, I even had pop cans hanging from my ceiling.

My bedroom as a teenager was a hoarder’s paradise and that’s ok. That was me expressing myself. Now, in a home with very little furniture or clutter, I am expressing the new person I have become. I want my children first and foremost to learn to express themselves no matter what age or stage they are at in life.

I’m not going to lie, and let’s be honest, we’ve all seen this happen time and time again…whatever mom and dad push for, the children push against. This doesn’t mean me allowing my kids to not be minimalist means that I am trying to manipulate or use reverse psychology with them, it simply means I have come to understand that what we resist persists.

What would I do with myself if I deprived my children of toys and knick-knacks and their seemingly endless collection of sticks and rocks and then they grew up trying desperately to compensate as adults? What if their adult homes became filled with everything because they had grown up feeling lack and scarcity around stuff? No, thank you.

Let’s be clear, they still might be hoarders…it seems like they are well on their way right now. At the end of the day I have decided to let that be their journey and not try to take matters into my own hands.

I do not determine their attachments

I can’t help but feel if I put restrictions on their possessions and the appearance of their bedrooms I would somehow be dictating what is and isn’t ok for them to find valuable.

Trust me, my son’s endless desire to pick up and keep every single scrap of driftwood makes me want to pull out my own hair! But, who is to say that he won’t end up working in nature, or building models out of wood? In being allowed to accumulate what he feels an attachment toward, I am giving him my full permission to be himself and follow whatever inspiration may continue to come his way in life.

I may not get it, and that’s ok. I’m sure they don’t understand my need to keep all surfaces in my home bare. They don’t need to. It’s my preference…and I kind of feel like one day (especially if they have kids) they’ll get it and they just might follow suit.

Letting grandma off the hook

Another battle that I have learned to let go of is the battle against the grandmothers. Which, if you just pause and look at that sentence, you just might realize how ridiculous it sounds in the first place. A battle against grandma? Was that ever really a thing? Hard truth: yes. Yes, it was. Being Minnesotan and “nice” by nature, it was a silent, passive aggressive war again grandmas — but it was there.

If you are an active minimalist parent you probably know what I am referring to. That deep desire grandparents have to spoil the crap out of their grandkids and they usually do it with sweets and gifts. For years I let this drive me crazy. I hated the accumulation and overwhelming amount of toys that filled our home each Christmas. My husband and I expressed this to our parents in ways that we knew how but that didn’t stop them from buying out the toy stores at Christmas.

Then one day, I let it go. You see, our kids only get their grandparents for a short time. Kids only get that rush of excitement opening gifts for a while. Slowly they start asking for cold hard cash and don’t get as giddy and excited to see grandpa and grandma anymore. (Unless you’re me…I stayed obsessed with my grandparents.)

Everyone shows love differently…and if grandma and grandpa show love through gift-giving and treats, then I’ll allow it. At the end of the day, I want my children to feel love and I want others to be able to give love in the ways that they know-how.

Now, let’s be clear, I still hate the sight of clutter and I am running my own home. So, don’t take any of this to meant that I have allowed my home to be taken over by toys. Absolutely not.

My children have a designated amount of toys that they are allowed to have in their rooms…and they have bins that are in their closets in which to store the toys in. Bigger toys like doll houses and dress ups have made their way into our unfinished basement…a place I rarely go in order to save my own sanity.

I realize not everyone has the luxury of hiding toys in a basement, but there are so many small things you can do that help hide toys and avoid major messes accumulating around your home. Things like toy rotating are extremely effective when it comes to managing the clutter of toys in your home Get other ideas for avoiding toy clutter.

The 2 times a year they declutter

I also encourage my children to declutter, but I involve them in the process a lot more than I used to. Before birthdays and Christmas, as we know the flow of toys is coming, we give them each a bag and allow them to declutter there own things. Not only does this make them feel in control but it instill the decluttering habit without making it my own agenda.

Here are some of the rules we stick with:

How to change the narrative around clutter

Explaining the benefits of a clearer space has been a saving grace when it comes to talking to my kids. We talk them through why we eliminate clutter before birthdays and Christmas in order to make room for more things in our lives.

We also talk abotu that “ahhh” feeling you get from having a clean space.

Oh yeah, and…their clutter is strictly to stay in their room and the basement. Common living spaces are to be maintained as mom and dad say. Clear, clean, clutter-free!

Demonstrating minimalism without forcing it

Another great way to instill the love of minimalism in my kids without insisting they also be minimalist is to have open conversations about how we choose to spend our time and money on things that we find valuable, like family vacations to Glacier National Park or even enjoying dinners together to celebrate special events or occasions.

When our kids want to get us things for our birthday, Christmas, or Mother’s Day (which trust me, doesn’t happen often) we will explain that we prefer spending time together. Things like gift cards to restaurants, or our favorite coffee places are things they know we like because it allows us to sneak away and enjoy time creating connections with other people or each other. Non-toy gift ideas for kids.

How Minimalism Can Help You Leave Behind More When You Die.

Extraordinary Living is Possible and Minimalism is the Key. Here’s Why.

Socialize!
On the Gram
For years I felt like just lounging around was a t