How Minimalism Can Help You Leave Behind More When You Die. 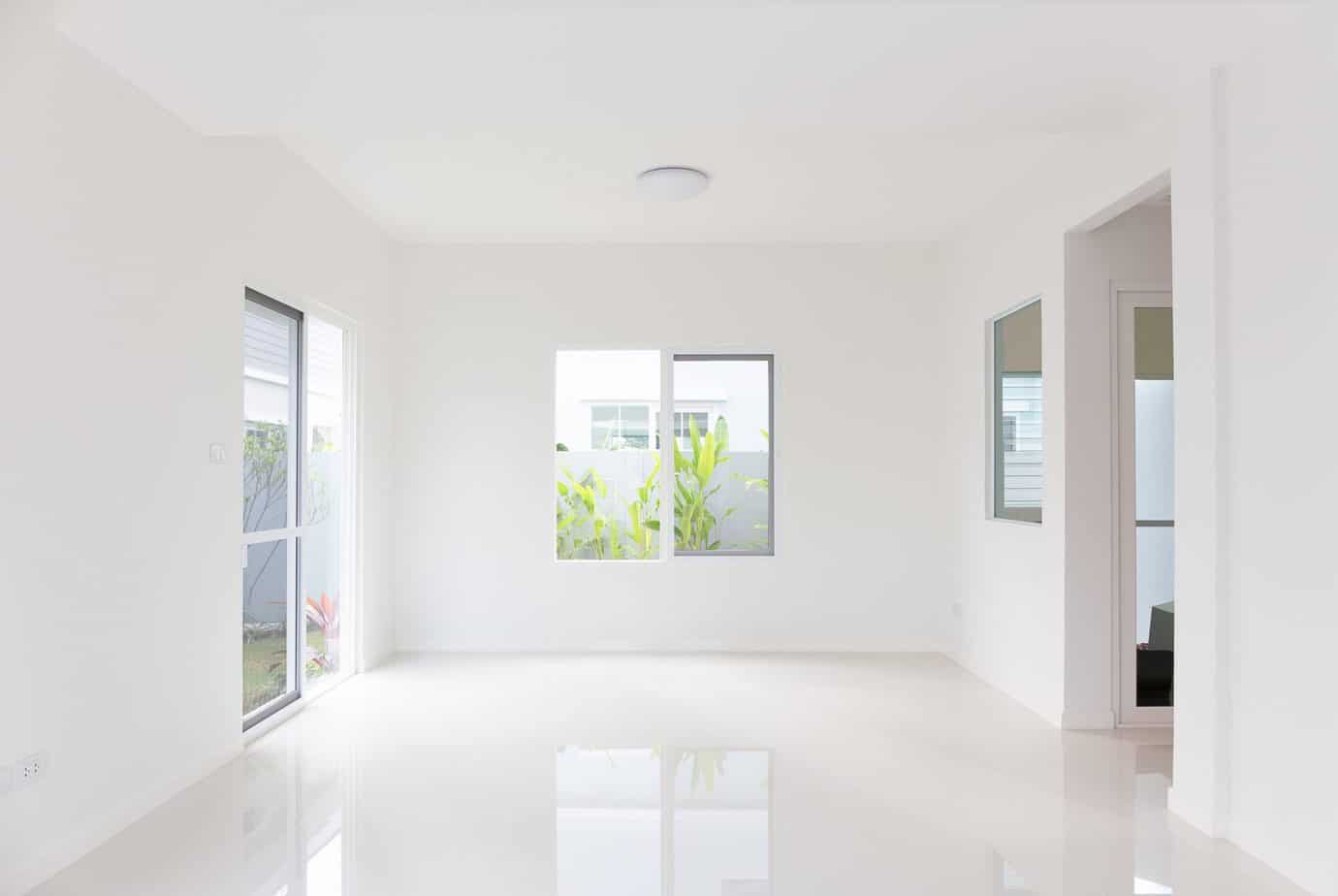 Ya know, no one really likes to read stuff with the word “die” in the title, but nothing else is really going to convey my message quite as strongly, and since I’ve made peace with this dreaded word, I’m gonna go ahead and let it be. The thing is, most of us, especially those with kids, want to make sure we are leaving something behind when we go. One of the most commonly Googled things is how to leave your house to your children when you die. If you are hoping to gift your kiddos a house, might I suggest looking into Swedish Death Cleaning before you do — there I go again with that word. The thing is, a lot of people leave their children behind not only grieving the loss of a parent(s) but also having to now deal with cleaning up all their parent’s sh*t. So, if you don’t want to leave your children grieved and burdened, it might be a good idea to do a few declutter sessions before you make your grand exit. But, that’s besides my point. I want you to actually leave more behind when you die! I know I sound like I’m contradicting myself, but just hear me out…

Why do we want to leave stuff behind?

What is it in our nature that makes us want to leave our possessions behind for those we love? Well, I have a few theories.

Feel free to mix and match those.

Now, is there anything wrong with these things? No. You are wanting to ensure the safety and survival of your kin folk. It’s all good. The thing is, I think a lot of times we don’t realize what can actually be passed on.

We might think we are handing off a house that has earned a lot of interest, Great-Grandma’s china hutch that will be cherished for another 100 years, or even some money in the bank. But, my question to you is, can any of this stuff really be handed down? Sort of…

First them, then what?

First of all, is it fair to say that anything that can be taken away from us was never really a part of us to begin with? I think so.

I have been recently listening to Think Like a Monk on audiobook and the author, Jay Shetty, just told a story of a monk who visited a king. The monk approached the king’s castle and asked, “Could I stay in this hotel for a while.”

The king became angry saying, “How dare you, this is not a hotel! This is my palace!”

“Ahh,” the monk said, “And who had this palace before you?”

“My father,” replied the king.

“And who before him?” the monk questioned.

“His father before him.”

“So people come here, they stay for a time and then they leave. Is that not the definition of a hotel?” The monk responded.

The lesson here of course is detachment from our things because they are never really ours.

Having hosted my grandparents estate sale, I can promise you, with as much love in my heart, that even if you spend a lifetime clinging to the things you collect, at some point, all of those things will find new owners.

Those things you thought defined you will be used as decor in a strangers home. That piece of furniture that reminded you of your grandma might end up being recycled.

I know this information can feel heartbreaking. As I sit here typing this, next to my grandma’s little porcelain frog lamp, my heart sinks at the idea of someone else not loving it as much as I do. But, here’s the thing we both need to remember, it was never the item itself that we loved.

Too big to name

The biggest push back I get when I share this way of thinking (that we are not our possessions or our titles), is when it comes to being a parent. Even if you lose your child you are STILL a mother/father.

This is a hot topic button for people and I would never, ever deny the love we have for our children or even remotely suggest that it could somehow disappear. It absolutely could not and that is exactly my point.

We can lose the roll of active parent. Our kids leave, they move out, they may (in the worst of scenarios) leave this earth before us. In all of these instances we experience grief of some degree. But, what can happen to a lot of people, most often mothers, is that they have identified themselves so much as “Mom” or “Dad,” that they can experience a very real identity crisis when that is no longer a roll that they are playing.

Then there are bereaved parents who have had to bury a child, who insist that they will forever be a mother or father. My argument here would be no…you are not a mother or a father. (Hear me out.) You are clinging to that role because the love between you and that beautiful person that you helped make is bigger than this life itself.

I get it. To the core of my being, I get it. I can only imagine I will cling to this roll of Mother until the day I die despite what I teach because it is a love far greater than I could ever have previously imagined…and I need it to be named.

There’s not much in a name….or a thing

But here’s the thing. There are many people who could call themselves the roll of mother or father and not even come close to measuring up to the love that you feel for your children. We all know someone who walked out on their kids, or who doesn’t really show up for them. They also have that title. Would you consider yourself to be one and the same with them? Probably not.

A house is a house. A mother is a mother. However, one is the same as another.

It’s similar to when how we know the difference between a house and a home. You feel that difference, you get it.

Why does the way we feel shift between these two words? Because we are feeling a feeling that is much bigger than a house, much bigger than this world. The same feeling we get when we think about how much we love our child. A love that cannot cease even after we have left this earth. It is so big it cannot be contained.

Minimalism and leaving it all behind

So where does minimalism come in?

It comes in in the sense that if you are able to begin to apply a minimalist mindset to your belongings and choose to intentionally put your focus on the things that are bigger than life itself, things like that love that you have for your children, your family, your friends, you begin to live a life that is bigger than life itself.

Ok, what about cash?

The little disclaimer lingering in the back of my mind is what if you don’t want to leave your family stuff, but you want to leave them some financial security?

Yes. Absolutely. I think this is a great idea. I also think the more you demonstrate how to spend that money while you are living, the more likely they will be to use their money in the same way.

Minimalism can also provide you this. When you stop setting your sights on small wins, like scoring $100 worth of stuff at the latest clearance rack, your perception of money may begin to shift as well. It loses some of it’s previous power.

One thing I tell people all the time is that I obsessed over money a lot more when I was broke. Constantly. All I thought about was money — and I spent it faster than I could earn it most days. The day I started seeing money as nothing more than an energetic exchange of currency was the day it began to lose its grip on me. Also, when you can release the grip of money (just like releasing the grip of stuff), more of it seems to come and just support you in your pursuit of more.

Are there skeezy ways to earn money? Yeah, I mean, it would seem so based on the state of our world. However, being angry about it or believing that you people become jackasses when they have money is one of the biggest things stopping the good people of the world from getting their hands on any of it.

Minimalism to me means releasing the grip of all things material. All things stuff. None of us really want to be controlled, least of all by stuff that we are meant to be in control of.

My only hope would be that if and when you start living a life for the bigger things, when you show up to the big events in their life, your wise way of living will rub off on those around you and any desire for material value will fade into the background.

Did you know this is what has been proven to extend happiness anyway? I did a podcast episode on it recently called Where Can I Buy Long-Term Happy? The short answer: in time well spent.

Minimalism is not about the stuff it’s about what freedom from stuff can provide.

What do you want to leave behind?

When you take the time to consider what I have shared here today, tell me, what is it you want to leave behind? Your stuff will most likely end up like static…not doing much of anything. It will just be passed from person to person with little worry or care. What you do with your time, that is what will ripple into eternity and remain within the hearts of those whose lives you touched.

So for real, what is it that you want to leave behind?

If you kind of have an idea…or even if you don’t, I am hosting a training on this very topic in my Massive Action Masterclass. Click here to register for free and I will share with you my 3 step method for living life on your terms so you can lead a life that leaves a mark.

Life Lessons from Death. What I have learned so far.