3 Things We Did to Make Our Kids Mini Money Geniuses 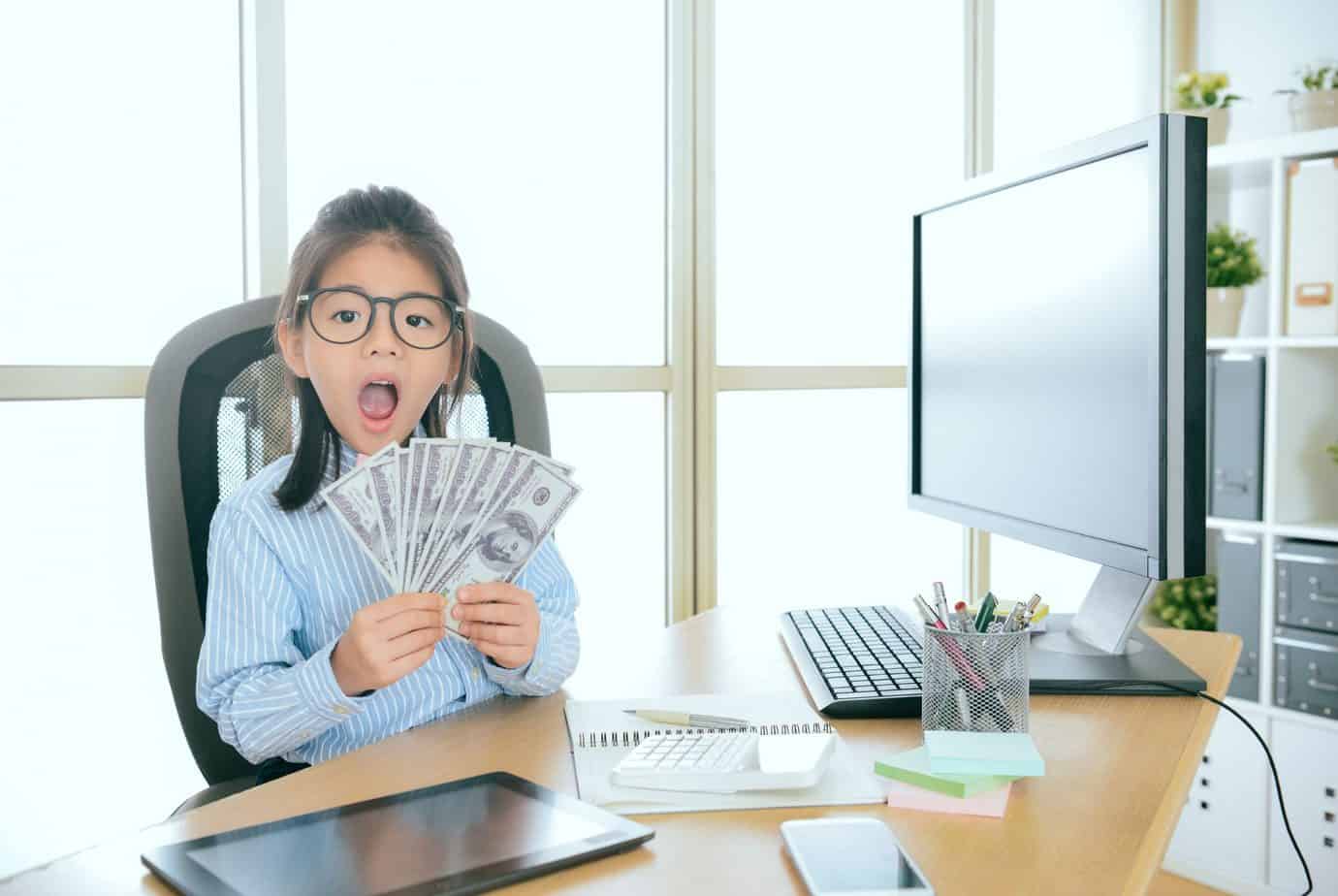 The title of this post is totally misleading, but I think it’s important to hype my kids up and give them credit where credit is due. Unfortunately for our older children we didn’t get our financial shit together in time to be of much service when it came to smart money management. When we finally decided to stop being broke and figure out our money issues once and for all, we also set the intention to help our younger two be better with money than we had been. Here is the super simple game plan for what we did to help our children learn money management, generosity and delayed gratification.

Should kids get paid to help around the house?

When I was a new mom I thought it was absolutely ridiculous to pay children for things they should be doing around the house anyway. I very much believe that our house is a shared environment and that everyone who lives under this roof should be contributing equally.

However, my perception of this was shifted when I realized that paying a small amount for establishing good habits would be a good way of rewarding my children. After all, I do want my kids to have good habits like brushing their teeth, making their bed, feeding the dogs, and unloading dishes.

Our older daughter got paid for things like dishes, taking out the garbage, etc. but never got paid for basic up-keep of her room or bathroom. To this day I can’t help but wonder if that would have been something she was rewarded for doing she may have established a better habit of up-keeping these areas.

For our younger two, at the age of 4 and 5 we decided to start paying them for small chores around the house that we would normally “expect” them to do.

When we first decided to start paying our kids for basic household chores, we purchased Financial Peace Junior because it had easy to change magnets for chores. This way we could easily swap out chores as our kids got older or if we wanted to rotate.

The chore chart hung on our fridge so that our kiddos were sure to see it every day and with Financial Peace Junior they were easily able to mark off when they had completely one of their chores for the day.

Paid for chores in change

When it came to paying our kids for chores, we decided to pay them a small amount for each chore they did.

They would get paid more depending on the difficulty of the chore.

We did this for several reasons:

This was a pain in the sense that they would collect a lot of coins. When we found ourselves with a few extra $1 bills laying around, I would then swap out their money for $1 bills. That way we continued to keep the same coins in rotation and they were able to practice their counting skills yet again.

At the age of 4 and 5 our kids were earning about $5 per week doing their basic daily chores.

We stuck to a consistent Friday payday so that our kids always knew when their money was coming, just like they would in “real life” as adults.

Because we wanted to instill better financial habits than we had learned we stuck with the Financial Peace Junior 3 envelope system for budgeting.

This is a simple method:

Because we had simplified how much our children were earning each week, it was very simple to divide up their earnings between giving, saving and spending.

How we divided their give, save, spend funds:

This was a very simple method that we felt gave them a decent amount of spending money to practice saving toward things they wanted or spending on a little something fun every week if they wanted to, which brings me to my next point.

As difficult as it was at times, we allowed our kids to impulse buy whatever they wanted. There were a few times when we would get ready to say, “Are you sure you want to get that?!” “When are you ever going to use that?’

Instead, we did a lot of biting our tongue and allowing our kids to buy whatever called out to them.

Because we did this, what would often happen was a few days later they would see a really cool item that they wanted to buy but would have required them to save up. When the realized they didn’t have enough money to purchase the thing they really wanted, that was when we took the opportunity to talk them through how we can slow down our spending and be more intentional about with what we purchase.

A lot of times the first chance most of us get with spending is when we start working around the age of 16 and myself along with most of my friends would quickly spend our money without putting much thought into it.

My hope is to make them aware of the dangers of impulse shopping early on and “get it out of their system” so they will be more intentional with their cash as they get older.

Involve them with investing

After a few years of saving up money from chores as well as Christmas and birthday money we too the few hundred dollars that the kids had managed to save and put it into an Early Investment Account through the Acorns app.

When I opened their accounts (which took like 5 minutes) I let them enter their information and then we looked at the graphs of what they could potentially be earning on their saved money.

As you can see, even if we only deposit $25 into their accounts they will have made an additional $1,000 in interest by the time they are 21 (the age we allocated for them to manage their own funds).

Having this visual is a great way for them to see their money grow and get more excited about saving/investing.

Because we were paying our kids for doing basic chores around the house, on occasion we would give them additional incentive to earn more money.

Some ideas for helping your kids earn extra cash:

I have found that kids really love putting in work to earn some extra moola, and these are just a few ideas we have come up with.

What practices have you put into place that have worked for you and your family?

Socialize!
On the Gram
What little lessons have you learned along the way

I have been playing around with not being pasty…

I have been playing around with not being pasty…