5 Life Lessons I Learned from Being a Total Cheapskate 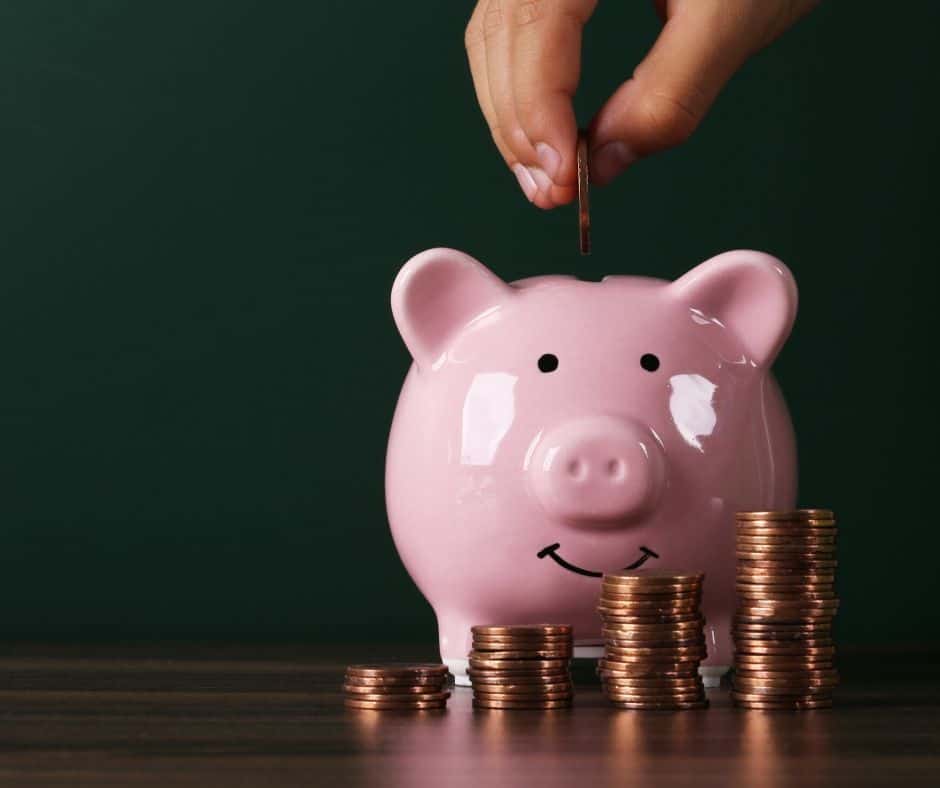 People still refer to me as being a cheapskate sometimes and I guess I’m cool with it. But, there are also some things I need to clarify. Working to pay off was one of the smartest decisions I ever made and it meant living like a total cheapskate for over a year. If you’re hoping to gain some more perspective on frugal, cheapskate living, look no further. I’m gonna dive into the 5 biggest life lessons that being a cheapskate taught me.

I didn’t need all the crap I thought I needed!

As soon as we started living a more minimalist, frugal lifestyle, I became hyper-aware of how much I over-spent on everything! I never used to track or pay attention to my money. Now, I have my own simple system for budgeting!

Living a more cheapskate lifestyle really made me evaluate what was important to me and required me to really slow down and think about purchases before I made them.

On top of that, things I used to do without thinking, like grocery shopping required a lot more conscious decision making and impulse control. I even have my kids help out! As we add items to our cart, they will total them up on a calculator to make sure we’re staying on budget!

To speed up debt payoff, we began selling things we no longer needed. Things like couches, clothing, electronics, and even the kitchen table!

As crazy as it might sound the more I sold and decluttered the lighter I felt and the less I felt like I needed. Having struggled most of my life with a shopping addiction, this wasn’t something I was used to!

When you get a financial goal in mind, it’s amazing what you’re capable of if and when you don’t stray from your goal.

Budgeting is the least restrictive thing ever

I never really wanted to live on a budget. I had grown up with the mindset that living on a budget was restricting and depressing. In reality, building a solid, smart budget was one of the best moves I had ever made. In fact, I believe in it so much, I designed a course called The Bucket List Budget for people like me who aren’t too thrilled about budgeting.

Living off a budget allowed me to have more control and power over my life and money.

I always thought the no-budget way of life was the most freeing because I could do whatever I wanted. Yet, I was always stressed and full of anxiety because I would have little to no money left in the bank just 2 days after getting paid. That, my friend, is not freeing at all. If you’re sick of the paycheck to paycheck lifestyle, click here to check out The Bucket List Budget.

As a natural spender, one of the biggest mistakes I made when I first started budgeting was not giving myself any “fun money.” It made budgeting feel really restricting.

When I started to give myself fun money in my budget I still stuck to my cheapskate ways of life. I made sure to spend my money wisely on things I really knew I wanted instead of just blowing it the first chance I got.

The more I paid attention to money and good financial practices the more I learned about cheapskate millionaires! Contrary to popular belief, the majority of millionaires are just money-savvy cheapskates!

In fact, there have even been studies of millionaires done that have documented their daily habits and financial strategies. How to Become an Everyday Millionaire.

Acting broke and being broke are totally different things

As I said, I used to spend money like it was going out of style. Before I even got paid, I would plan where my paycheck would go. I couldn’t wait to spend it!

To the outside world, I had expensive bathing suits, a new car, and a well-decorated home. You know, that whole “social media” life. I’m sure people assumed we were doing great financially when in reality we were totally broke.

In the midst of our darkest real-life broke struggles, we decided to buy a house we couldn’t afford! That’s when we really learned the meaning of the word broke.

When we started acting broker than we were, we were able to make huge financial strides. Including becoming debt-free.

Sure, I didn’t buy clothes for 3 years, but it was worth it to begin to save nearly half our income, pay off all out debts, travel more, and live life without financial burden weighing me down.

I don’t want to be a “cheapskate”

I think there is a fine line between hoarding all of your money and being a chronic over-spender. A balance between cheapskate and YOLO, if you will.

After over a year of acting like a total cheapskate, I knew it was time to find more balance and start giving myself permission to spend a little on the things that mattered most.

If I could give anyone a piece of advice it would be to create balance in your budget right away because living in the cheapskate mindset for too long just mind end up working against you.

Even if you have major financial goals to meet like paying off debt or saving more money, get a plan in place and be sure to include money that allows you to spend without guilt weighing you down.

7 Ways to Reduce Your Car Expenses

If you’re looking to save money on your car expenses, you’ve…

Not to brag or anything, but if you Google cheapskate savings tips I am going…

Socialize!
On the Gram
And that’s the true story on moving into our big

Snap and walk 📸 is the best #moneysaver tool I

I mean, I guess all inclusive Bahamas getaway for

Snap and walk 📸 is the best #moneysaver tool I

I mean, I guess all inclusive Bahamas getaway for